Its January in Michigan and we are expecting about 12 inches of snow followed with sub zero temps. I sometimes think about when we lived in North Carolina and the winters there. Its not necessarily warm there in the winter, but there are warmer days sprinkled in-between with cooler days in the 40's and 50's. The strange thing is, I spend more time outside in Michigan than I did in North Carolina. Michiganders celebrate the seasons and find something wonderful about each time of year. There is something about the crunch of the snow under my boots and the feel of frozen nose hair that for me is home.
Posted by BlueRoad at 11:28 AM 3 comments: Links to this post

What ever happened to....


People we knew way back in elementary school? I remember hanging out with this girl in the 4th or 5th grade. She reminded me of a friend I had in kindergarten when I lived the other side of the divided highway. We would run around and play on the swings, climb the giant slide that you could only climb if you were in the 4th grade or higher. Sometimes we would spin wildly on the merry-go-round and watch the clouds like a giant kelidoscope. Years later I rememeber going over to the girl’s house as a kindergartner. The girl’s mother answered the door and said, “Child, you can’t be commin’ here and bein’ her friend.”

“Cause you’re a boy and you’re white..” and she closed the door.

I wonder if that is what happened to Terri in the 4th grade….

Posted by BlueRoad at 8:35 PM No comments: Links to this post

Another year and still detouring

It has been a year since we relocated to Michigan. Plans have been following a detour since. I am currently organizing a campaign to run for the state house here in Michigan. As the plan comes to gether I will be sharing more. In the mean time if you are interested, there is a gtreat charity dinner this Friday that we would love to attend. But, since I am currently unemployed, I am looking for donations to help us purchase tickets. Dinner Tickets
Posted by BlueRoad at 9:51 PM No comments: Links to this post

When a detour becomes a journey

WOW! Has it really been more than a year since we posted? Time is indeed a terrifying concept. Sometimes I wonder if we, as humans, really know how to track it accurately? 2013, this was supposed to be our year--the year we left it all behind and took to the open road. Our schedule had us pulling out of Bunnlevel, North Carolina on June 14 and heading north to Michigan to visit with family and friends.
After a few weeks, surely no more than 4-5 weeks, we would then be headed west with our 5th wheel, two hounds and the Dodge Cummins. Our first stop would have been Madison, Wisconsin were we would vist my friend Mark Sobrilsky. I met Mark in 1997 when I moved to Madison to "find" myself. He was just 23 and moving out on his own for the first time. I lived with Mark for 12 months as his personal attendant. Though he was extremely independent, his cerebreal palsy prevented him from being 100% independent. We would have taken the Metro Bus to State Street and connected with other old friends near the University of Wisconsin Madison campus. But, one night in April 2013, I googled my friend's name and found an obituary. Seems he went out one night to the student Union on the UW campus. He was strolling along the edge of Lake Mendota just outside the Union. By some strange twist of fate, Mark "fell" from his power wheel chair into the water and drown.
Suddenly, the obvious was all too plain to see. Ovcer the past several years, many of Mark's friends have died. Though I was never given an official explaination from Mark, other than Ricky's died last week at camp in the Dells, or Eunice died last year after being in the hospital for several weeks recovering from some mysterious illness, I saw the blantant truth staring me right between the eyes.
Back in 2010 MArk had been hit by a car while crossing the street. Then I had no proble seeing the truth. Not many people cross East Washington at Reindahl, particularlly since there is nothing on the otherside a guy in a wheelchair needs to get to at 10:00 p.m.
Though I had been told that night was an impromptu suicide attempt, I wanted to believe Mark was just at a bad place at the time. But as I read the November obituary, it was obvious Mark had never gotten past that bad time. It was then that I "knew" Ricky's death was probably hastened by his own hand as well. Mark was always pre-occupied with the idea of suicide. He was all but convinced he was destined to the fate since his father had also used suicide as a way out when Mark was just 21.
I mention this now, both as my way of acknowledging Mark's life and those of Ricky and the others who were regulars on State Street every summer in Madison, but to also highlight how drastically life's plans can change. How we are constantly faced with choices and decisions we might otherwise have never thought possible. We accept choices that are not always in our best interest because we have decided for whatever reason tomorrow brings with it too much uncertainity? Too much pain? Too much embarassment? Too much ridicule?
So we look for alternatives to make iurselves feel better or that will show our superiority over the conditions life has laid before us.
When all we relly need to do is make new plans and start all over again--one more time.

As for Mark Sobrilsky and Ricky Olson, I miss you guys everyday and wish we had one more day.


Posted by BlueRoad at 3:24 PM No comments: Links to this post

How can you just sit there?


I need to have an adventure on a daily basis. In some way, shape or form, I have to experience the unknown. The satisfaction of having met a new and unfamiliar situation is refreshing. I know folks who would sooner scrape their fingernails on an old school chalkboard rather than face the unknown. Many people are perfectly happy with the everyday “go about my business like I have for 20 years” lifestyle, and that is wonderful, at least I tell myself it is. But, even though I cannot believe these folks living a Bill Murray Groundhog influenced life are really content, I accept their accepting it is the life for them.
No matter what or how we have chosen to life our lives, temptation is always with us. Now I believe some of us go about creating our own temptation in a attempt to prove our worthiness. There are people who have to fight temptation in the street on a daily basis, much as I need to experience adventure. I see this everyday and believe me when I say this, because I have two hound dogs that couldn’t be more different.
The greyhound mix named Kramer (yeah, from Sienfeld) and plot hound named Lola are polar opposites in attitude. Kramer is laid back, in not hurry and just rolls with whatever the flow is for that moment. Lola on the other hand is all about the next conquest. She is up and ready to explore and find that which is new. Both dogs will go out in our small fenced in yard to do their business. Kramer will head over to a weed or the fence then come back and catch a few rays on the deck. Lola, she begins sniffing as soon as she is out the door. Everyday there is something new. There is no such thing as “old hat” as far as Lola is concerned. She is looking for that critter that dared trespass in her yard, that lizard crawling on the wall, or the cat trying to get over the fence before being “eaten” by the hounds. All the while, Kramer is looking over as if to say, “Have at it girl, been there done that.”


Posted by BlueRoad at 5:55 AM 3 comments: Links to this post

James and the Giant Peach

Contribution by Saul Martin My son’s class is reading James and the Giant Peach as a class right now, and I just saw that the movie is coming on Houston TX Satellite TV this weekend! Perfect timing! I emailed the teacher and told her I would record it for her and send it in case they wanted to watch it as a class when they are finished reading the book. I always enjoy watching the movie, of a book I’ve read to see the differences and compare the movie to the book. I think that would be a good educational experience for the kids, too. It would be neat for them to get to see their characters come to life on the screen. I heard the movie is pretty good too. They also have a “homework” assignment to create a “magic potion” like in the book out of things at home. I offered to get that ice that smokes…I forgot what it is called. I thought that would look really magical to the kids to see the steam.
Posted by BlueRoad at 9:44 PM 1 comment: Links to this post

The drive behind the adventure, aka TEMPTATION.


There is great frustration to be experienced in the everyday day events of our lives. Generally this frustration is generated by the inability to complete or participate in opportunities we find enjoyable. On any given day these opportunities can and will change. Some opportunities are created by ourselves, others are just chance happenings where we are in the right place at the right time. Or wrong place wrong time as the case may be.
But for the sake of nit arguing, let’s say we are creating these windows of opportunities and go with the notion we are in a good place for good reasons when they are presented. After all we can all point to bad experiences and our desire to avoid them. It is resisting the temptations of the good and seductive opportunities that are the most frustrating.
Before we all get into a heated discussion on what is or is not temptation, let’s avoid the semantic war by just saying each of us knows temptation when we see it. The only caveat I am willing to stipulate to is that the temptation is legal in and does NO harm to another or property.


Posted by BlueRoad at 5:56 PM 2 comments: Links to this post 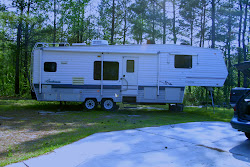